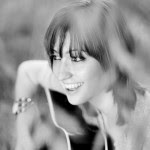 Some people can go through their whole life not knowing what they want to do. Some figure it out when they get to college while others have known since they were in second grade and got to dress up for career day. Shane Kelley is one of those second graders, always knowing she was meant to pursue a career in music, singing, writing songs, and performing. She has had a thirst to learn as much as she can about music and has never been afraid to put herself out there, try new things, and gain experience in the musical field. Kelley started taking lessons for piano, voice, and guitar when she was fourteen and that only fueled her passion. She bettered herself, voice and instrument.

Needing to further her education, she applied to and currently attends Columbia College for music where she is able to delve even deeper into her passion. During Kelley’s time at Columbia, she decided to take a chance and gain a life experience. She auditioned for the Glee Project Season 2 and was one of the forty girls chosen to head out to Los Angeles for callbacks. Kelley can be seen in the casting episode of the Glee Project Season 2.

Having the opportunity to participate in this was an honor. It helped reinforce what she already knew, that music is where she is meant to be. Kelley has so much passion when it comes to singing, writing, and performing and will not stop until she completes her dreams. Music is, always has been, and always will be a part of her.

Shane Kelley studied at Soulstream Music Studio and will perform as part of the "Pro-Series" segment at this year's Soulstream Vocalist Showcase.